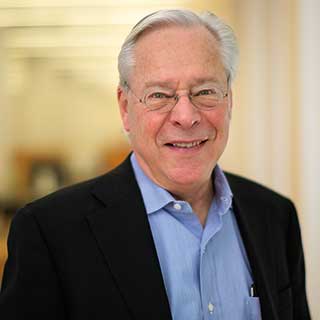 Bart founded Crosby Associates in 1979. His work has been recognized by nearly every professional design organization and he has been featured in national and international design and business publications. In addition to managing the firm, he provides strategic and design direction to the majority of the firm’s visual identity, branding and design programs.

Bart has been an executive vice president and a director of the American Institute of Graphic Arts and is a founding member and past president of the AIGA Chicago Chapter. In 2002 he was made a fellow of the Chicago Chapter, and in 2005 he was awarded the AIGA Medal in recognition of exceptional achievements and contributions to the field of graphic design. He is also a member of Alliance Graphique Internationale.

A graduate of the American Academy of Art, he is a frequent lecturer at conferences and universities and has served as adjunct associate professor at the University of Illinois at Chicago.